skip to main | skip to sidebar

Baby Doctor Appointment Alert!
Sorry. I worked a lot last week and, as a result, did not have the time nor the inclination to write. Also, Jake has become addicted to his Webkin and has slowly taken all of the prime computer time away. And then the computer was doing some weird stall thingy. But that's all fixed now. So let's move on.

I've taken to post from the dead soldier-guy down. It was pointed out to me that it was depressing, and had nothing to do with Project Zambrano. I hope those of you that took the time to read it found it as compelling as I did.

I got to hear the heartbeat today! Jess lost the baby, again. He (or she) finally revealed him(her)self, and the most beautiful little heartbeat was heard! What an outstandingly great sound it is! I'm getting so excited now, I cannot wait! Then we read baby magazines, and worked on the birthing plan. Jess says we can't give it to our doctor due to references to random Mexicans and a profound love of epidurals, but I'm pretty sure that I can sneak it past her.
Mom Bizzarro has intimated that she'd like to buy a crib for baby, so we spent a portion of yesterday long-distance websurfing with each other. It really impressed on me the space issues we're gonna deal with here, but hey, it can only make us a closer family. Right? I hope so, cuz' we don't have much of a choice. It also impressed on me the sincere excitement that Mom is feeling. I'm really excited to see her with her grandchild. I'm excited to introduce our baby to my Dad. Really, I want to introduce him (or her) to all of the awesome people in my family that I've been telling him (or her) about.
Jess says that when I put my hand on her belly, the baby moves to my hand. Neat, huh? I never would've thought that that happens, but it sure is amazing to know. I can't feel the kicks yet. I can encourage them, however!
One last tasty morsel. We have finally decided on names for the baby. The girl name was easy and kind of came together very easily. Grace Marie. Grace is Jess's mother's middle name and is the name of one of my favorite Cubs (Mark Grace, if you're taking notes.) Marie is my gramma's name and has always been my choice for a baby girl. It is also my mother's middle name and Jess's. So the baby will be named after four of the most intelligent, generous, strong, esteemed, funny, influential, and loved women in my life. And one first baseman with 2,445 hits. After much deliberation, a boy's name has been chosen. Jess didn't like most of my familial names and I thought her names were very...bad. Not to mention the fact that we had to make sure the name goes with Zambrano as a middle name. Xavier was out immediately. Reed was a strong possibility, but was quickly tossed aside. Jonny was a very strong contender, down to the last few, but languished in a disagreement as to whether it should be Jonny or Johnathon. I don't much care for Johnathon but really like Jonny. There was some strong lobbying for Jonny (preferably spelled Johnie), but I had to block the outside interests. (you know who you are) Keith was bandied about. I had my heart set on Henry or Hank. Michael, Christopher, Benjamin, Ethan (yuk!), Harold (I fought for you, Dad!), Merle (in deference to Haggard, in memory of my grandfather), and countless other names made lists, were crossed off of lists, added back on, ruminated on, thought about, or tossed in the pot. Then I came upon an name that I loved; that really struck me as being right for my son (if it's a boy, that is!). It's alliterative properties probably took me first. The fact that it seems like a common name but isn't, struck me next. It is a strong and confident name. It's reminiscent of a friend of long ago. It feels right, much in the way Grace Marie felt right. And Jess agreed. So...it's Bennet.
scribbled by professor bizzarro at 11:56 PM

Bennett? How quickly one crossed off the very very unique name of Johnie!!!

Thanks for the extra 555 hits.

Thanks for all the compliments and for sharing my excitement because this has defineletly got my cage a rockin. Don't even think of putting the brakes on.
Your grandfather's name was and still is MYRLE HENRY ALTENBURG. Not Merle! Thank God No Harold because he doesn't even like his name. I sure hope that the Zambrano is also being rashed over and over and over because that kid might hate you for that !

If you are encouraging Bennett to kick you then tell him that his middle name will be ZAMBRANO and if he takes after his parents, who are very intelligent people, then he will definetly kick you and VERY hard. Jess might not like that.

I like it. I like its rarity as a first name. Obviously the option of Ben for short. So, you're going for Bennet with two "n"'s and one "t", right? I read that there are different variations, with I think the most common being Bennett. It is derived from Benedict, which means "blessed one". 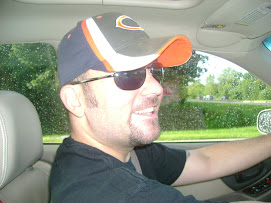 i borrowed these pants productions

Get a Cash Advance